Beyond the Days of Ice and Fire

The Drenai world is based on what appears to be the Eurasian/African continents of our Earth approximately 10,000 years in the future. The world has suffered from the "Ice Fall" (a pole shift) and its geography has changed considerably.....

Below is the map that Del Ray created for use in David Gemmell's Drenai series. Del Ray paid me to allow them to publish the map even though I retained the rights for it. I also received permission to use a copy of the map they commissioned on my website. This is their version of my map. 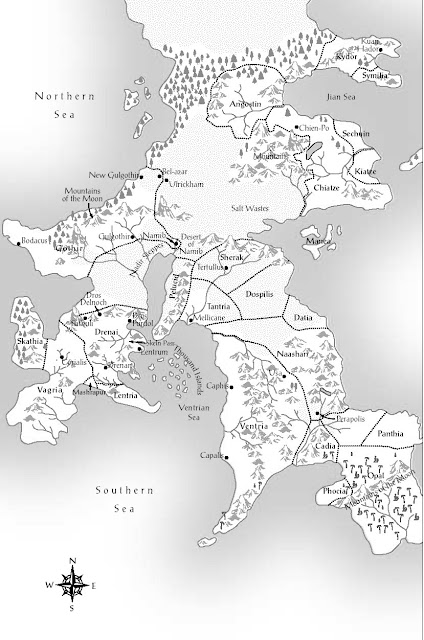 Well, my map should no longer be considered conjectural; it was the source map that Del Rey Books based their official Drenai map upon, as well as the map the David Gemmell used in plotting WHITE WOLF. 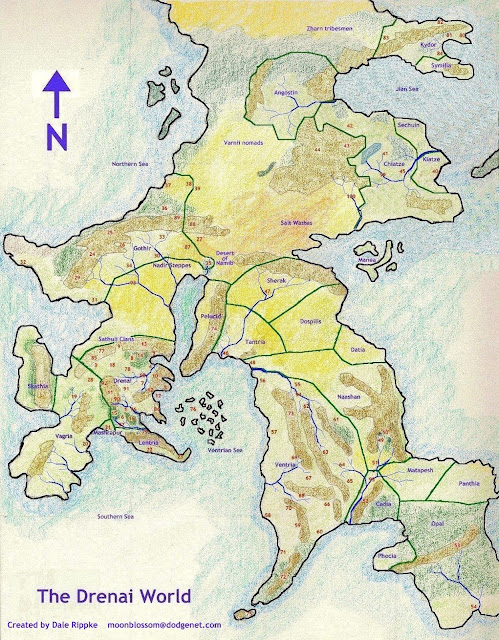 The map above is based on David Gemmell's ten novels of  that comprise the official "Drenai Saga" and is certainly the most accurate map that has been produced up to this date. The only inaccuracy shown by my map is the region of Opal, which was seriously compressed to allow its inclusion on the map I had drawn. The Del Rey map reproduces this inaccuracy for the same reason; they were aware of the compression. Below is an accurate map of the Opal region. 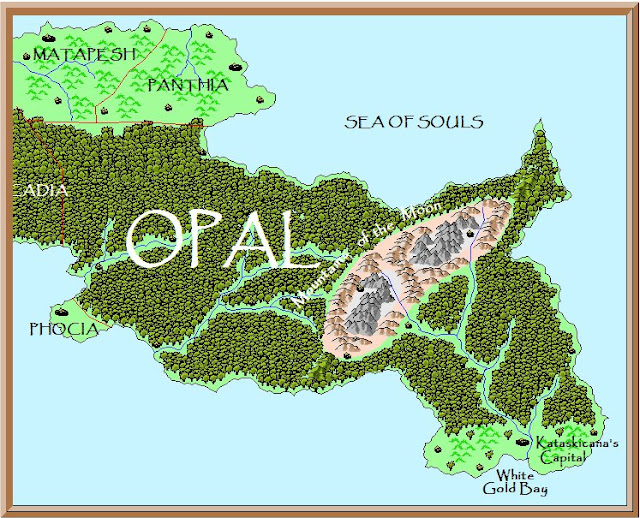 Notes on the Map
As on any map that encompasses a time span of nearly two thousand years, there are bound to be errors due to the vast distances of time involved. This map was not intended to be a snapshot of any particular time during that 2,000 years, thus you get a map where cities like Kuan Hador and Ulrikham can exist together when in fact they were widely separated by time.
There are also several serious inconsistencies that needed to be addressed before attempting to draw this map. Fortunately, these were fairly few in number. These were remedied by noting a preponderance of supporting evidence and by recognizing a "greater weight" to the information in the more recent novels (LEGEND wasn't originally written as part of a series and so its information tends to be more inaccurate than the later novels like THE LEGEND OF DEATHWALKER and HERO IN THE SHADOWS that were written as integrated parts of the whole series).
Specific to the 2.0 version
All of the placements listed in the 1.0 notes below are no longer conjectural; all have been adopted into the Drenai saga when this map became the basis of the official Del Rey map. The most noticeable is that Mellicane is the actual capital of Tantria in WHITE WOLF.
Naashan is the actual name of the capital of the eastern empire of Naashan. This fact isn't easily discernable from the source material, but has been confirmed through private correspondence with David Gemmell.
Specific to the 1.0 version
It should noted that a fair amount of inference went into the creation of this map. There are nations and cities that are mentioned in the books that I have placed on the map even though it isn't specified where they are located. I shall attempt to list them below:

Dospilis, Datia, Sherak, and Tantria are described as "Eastern nations", so I placed them in the area around Ventria.
Panthia, a nation whose inhabitants are black-skinned, was conquered by Ventria. I placed it near the jungles of Opal.
Skathia's location isn't mentioned at all. It was conquered by the Drenai, so I placed it fairly close to their nation, on the far side of Vagria.
Pellucid's location isn't mentioned either. Druss supposedly killed a were-wolf in its mountains prior to his battle at Skeln Pass. I placed it in an area that he could have reached in his wanderings (between Gothir and Ventria, but still close to Drenai).
Angostin's location isn't mentioned although it is apparently a nation of the northlands.
Symilia's location isn't given either. It is a northland nation whose king owns a mirror from Kuan Hador. I decided to make it the unnamed kingdom that lies beyond Kydor's eastern border.
Mellicane is a Ventrian city at the time of WINTER WARRIORS. I placed it in the nation of Tantria because of its described location and because by the time of WINTER WARRIORS Tantria was part of the Greater Ventrian Empire.
Tertullus is a Ventrian city that has a university and is the closest major city to the Nadir Steppes at the time of LEGEND. I placed it in Sherak, since it had become part of Gorben's Greater Ventrian Empire prior to the events of LEGEND. 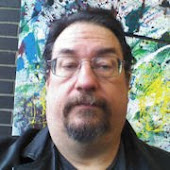